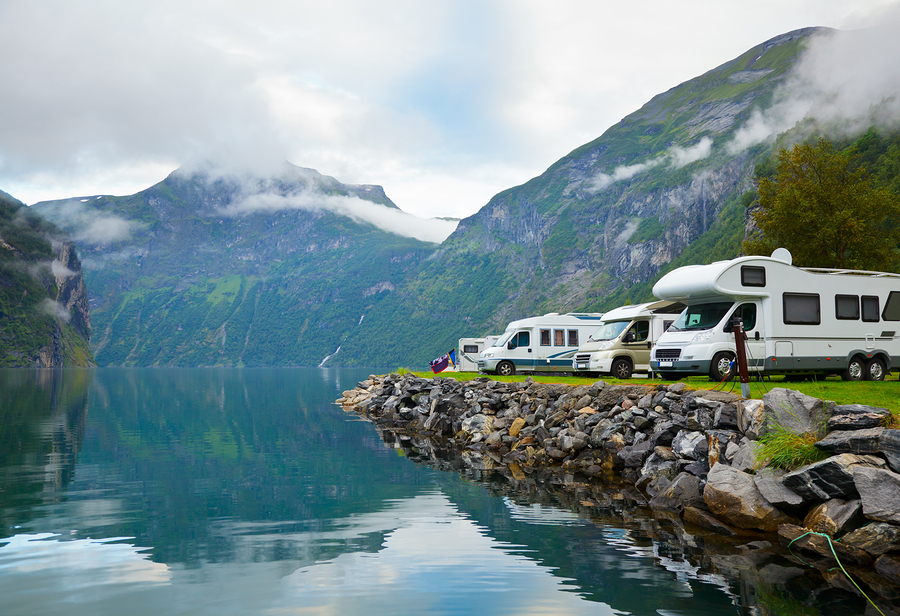 Caravans are not new things. They have been in existence since the Middle Ages, although their design and use then were very different from today’s. They weren’t a house on wheels, but were mostly work carriages used by travelling peddlers, circus troops and farm workers to carry possessions and goods from one place to another. They had no bed or sanitation of any kind and it wasn’t until the late 19th century that they started evolving into the vehicles we now know.

The birth of the leisure caravan took place in Bristol, UK, in the 1880s when a wealthy Scottish doctor, William Gordon Stables, commissioned a local company to build him a travelling cart based on the wagons used by itinerant preachers in America.

The 5.5m-long caravan was made with maple and mahogany, which will explain why it weighed 2 tonnes. It came with a washroom, a bookcase and even musical instruments to entertain guests on rainy days! This monster was named ‘The Wanderer’ and Stables proceeded on a journey through Scotland.

In 1886, he published The Cruise of the Land-Yacht Wanderer, the travel writings resulting from his epic journey, which started a craze for caravans among the wealthy people of the time, so much so that it led to the foundation of The Caravanning Club in 1901.

World War I interrupted this blissful love affair, as well as the apparition of cars. Caravans were very heavy back then, but now that mechanical power, not horses, was going to pull them, they needed to be much lighter.

This decline in Europe was, however, not worldwide, as caravans, and what Americans called ‘tin can tourism’, became hugely popular in the US in the 1920s and 1930s. There, too, caravans were the preserve of the upper class and an emergent middle class and by the late 1930s, motorised caravans and trailers weren’t uncommon and caravanning had become a very fashionable way of spending your holidays.

History was going to change it all again with World War II as factories were, obviously, fully occupied with supporting the war effort. However, in the end, caravans benefited of the technological advances made throughout the war and were poised to take over the world.

They steadily gained in popularity throughout the 1940s and 1950s, with various hiccups along the way: some were made from hardboard, which, obviously, isn’t the ideal material for a construction exposed to the elements. As you can guess, it didn’t take more than a few seasons for caravans to warp and become unusable.

Caravans of the time were also very basic by today’s standards. They were lit by gas and heated by coal - which was probably not the safest set up for a wooden caravan – and they had no running water, i.e. no bathrooms or toilets.

Despite those inconveniences, the 1960s saw a boom in caravanning. Manufacturing techniques now made mass production possible, driving prices down and enabling a greater market to join this new lifestyle. By the end of the decade, caravans were even fitted with electric lighting!

Improvements to levels of comfort and materials continue throughout the 1970s. Caravans were now produced using aluminium panels which made them much more robust and led to bigger sizes. By the late 1970s, running water was a common feature and if you were really fancy, you could have an optional bathroom in your caravan. No more trips to the nearest shower block with your toiletries in a bag!

From the 1980s onwards, caravans gradually evolved to what we know nowadays. Fully-serviced caravans – i.e. with electricity, hot and cold running water, cooking facilities, toilets and bathroom - were the norm. Kitchens were equipped with fridges and cookers and you could even have a TV installed.

The biggest change in the 1990s was that gas bottled was replaced with piped gas, which eliminated the frustration of gas running out right when you were in the middle of cooking your dinner. It also made it possible to have gas heating, and along with the advent of double-glazing, you could be as comfortable in your caravan as you would have been at home.

This trend towards modernisation and comfort has continued since then. Nowadays, microwave ovens, flat screen TVs and iPod docking stations are common.

Caravans are also getting bigger and can have floor to ceiling windows leading to balconies. Layouts follow interior design trends, with open-plan living and breakfast bars. Long are gone those dining tables transforming into beds: bedrooms are now spacious and sometimes have walk-in wardrobes and en-suite bathrooms, complete with bath tubs!

In terms of equipment, caravans are now big enough to have full-size appliances, fridges, freezers, hobs and ovens. Caravans have truly become a home away from home.

If that still isn’t big enough for you, you can purchase outdoor extensions that are fitted on the side of the caravan to have a sheltered space for al fresco dinners.

For many people, caravanning is more than just going on holiday, it is a lifestyle, which is attested by the many caravan clubs all around the world. And it is easy to see the appeal of it, the freedom it gives you to take a self-contained home with you, while being able to get closer to nature.

If you are a new proud owner of a campervan or caravan, have a look at our article on Campervan- and Caravan-Friendly festivals in New Zealand which will take you to places you may not have been before and where you can discover great music too.

If you are planning a holiday abroad with your motorhome or are coming back home after a trip, give us a call on +64 9 303 0075 to get a quote from McCullough. We have been shipping vehicles internationally for over two decades and deliver a stress-free, friendly service at competitive prices. You can also request a quote online through our form. 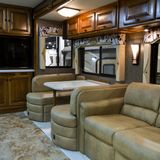 The Club of $200,000+ Caravans
Posted on 1st November 2018
Going on holiday with your caravan used to be an affordable alternative to pricier accommodation. However, over the last couple of decades, we have decided that being closer to nature is all very well, but we still expect comfort. Have a look at what a top-of-the-range caravan has to offer.
Read more 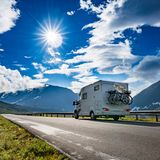 Clever Space-Saving Ideas for Motorhomes and Caravans
Posted on 15th October 2018
In caravans and motorhomes, space is at a premium. Read this article to find all the low-cost, clever ways you can maximise space.
Read more 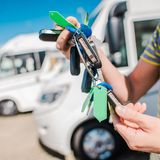 Caravan and Camping Car Events in Australia in 2018
Posted on 1st January 2018
Caravan and motorhome holidays have become such a massive market that you will find exhibitions showcasing camping cars, caravans and motorhomes throughout the year. Find out where the next fair is taking place.
Read more 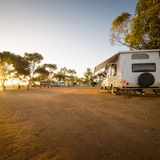