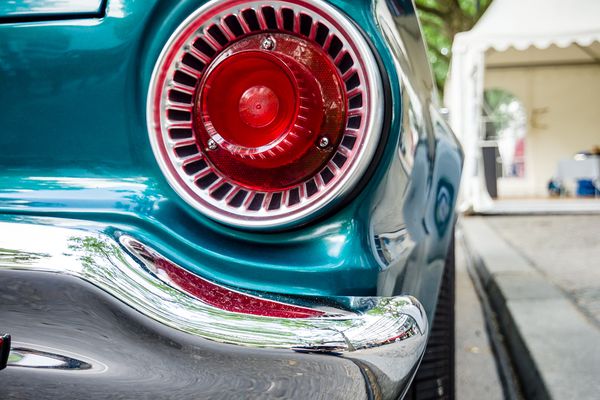 Auctions can be a great place to grab a bargain if you have done your research and you keep a cool head. But this is only true if you are looking for a classic car that isn’t too rare. Those that are indeed rare will usually reach astronomical sums when auctioned and in the recent years, we have seen records after records being broken.

For those who may be wondering whether classic cars are still a good long-term investment, the recent sale of a rare Ford Falcon Phase III for over AUS$ 1million should provide them with a clear, resounding ‘Yes’!

The Ford Falcon Phase III is very sought-after and when one of them is offered for sale, they generally achieve good prices at auction. However, strangely, while they have been exceeding prices of over a million in private sales for a while, they have been doing less well in an auction environment. The latest record for a Ford Falcon Phase III sold at auction was a sales price of AUS$ 750, 000 in 2007 which hasn’t been beaten since then. So reaching the one-million threshold has certainly garnered attention on the automotive scene.

The Ford Falcon GTHO is a muscle car built on the foundation of the Ford Falcon XY. Some 1,500 units of the first generation were produced between September 1970 and December 1971. The Phase III itself was released in 1971 and only 300 of the Phase III were ever produced, making it even more desirable.

A small number of them was exported to South Africa under the badge of Fairmont GT but they didn’t enjoy the same success as their counterparts that had stayed in Australia and were considered the real deal by collectors. However, as the 300 Ford Falcons Phase III are becoming increasingly difficult to come by, the Fairmont GT model is starting to gain in popularity with classic cars aficionados realising that they are every bit as genuine as their Australian counterparts.

When the Falcon Phase III was released in 1971, war was raging for supremacy among car manufacturers, especially between Ford, Holden and Chrysler whose battle played itself out every year at the Armstrong 500 - later renamed the Bathurst 1000- race. An endurance circuit, it was the ideal scene to showcase the improvement of the manufacturers’ models and a victorious car lent its maker prestige and recognition.

There is nothing like a little bit of bitter rivalry to inspire people to be their best and many cars that would later become iconic were created thanks to this competition. The Ford Falcon GT, for example, changed the game by effectively marking the end of the road for the smaller cars that had been participating in the race until then as they couldn’t compete with its 289ci V8 engine. When it was upgraded to a 351ci Cleveland V8 engine, it could swallow a quarter of a mile under 14 seconds. Ford claimed a top speed of over 140mph (225km/h), which may not look impressive to us but was remarkable at the time. The Falcon’s powerful drivetrain secured it a spot in record books as the fastest four-door production car in the world.

Holden developed the legendary Monaro and Torana and Chrysler the Pacer and Charger. Not only did these models bring fame and respect to their car makers but they were also roadworthy and affordable so anybody in love with muscle cars could actually buy one as their everyday car. The Ford Falcon, for example, could be bought for AUS$5,000.

Interestingly, a Phase IV should have succeeded to the Phase III and, indeed, the model was ready to go, but Ford realised that the next generation was expecting to break the 160mph mark (255km/h) and as they didn’t feel that the Phase IV would be able to compete with those speeds, they cleverly decided to retire the car and leave, literally, on a win, to secure its iconic status.

Despite this incredible success, a large number of these Ford Falcons ended their life in a scrapyard, suffering terminal rust, which also explains why any of these cars coming for sale is highly coveted. With fewer than 100 examples remaining, the demand on the collector’s market is huge.

When it comes to classic cars, their legacy and history is paramount to their value, but so is the list of their owners. The model sold by Lloyds in August 2018 had been owned by another sporting legend, cricket star Jeff Thomson, for about a decade, which partly explains its price tag. Purchased in the 80es after he retired, he had bagged it for the bargain price of $23,000.

A 4-speed Track Red Phase III, it was all the more valuable that it was largely original and unrestored and had been little driven with only a little over 20,000km on the clock. Lloyds auction house started rolling the drums ahead of the auction to create a buzz, predicting that this model was definitely the one that would break the 1-million mark.

As it wasn’t the first time they had made such predictions but were proved wrong, audiences remained sceptical: an Australian-built Holden auctioned in 2013, which was expected to sell for over $2million only achieved a disappointing $672,000, for example, while a Holden Dealer Team 1969 Monaro GTS was sold for ‘only’ AUS$500,000. However, this Ford Falcon was the one to indeed become the first Australian-produced car to reach a million dollars.

If you are looking for an experience shipping company to transport your car between Australia and New Zealand, get in touch with us to find out how we can help you or request a quote online. 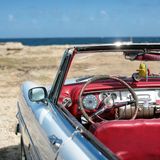