Europe is experiencing a stink bag epidemic.  Italy has been hit especially hard with some growers losing close to 100% of their crops. Its estimated stink bugs have caused 350 million (Euros) in damage so far.  Farmer and growers have named it the ‘super pest’ because of the scale of damage.

Though there are no reported cases of the stink bug in New Zealand it is a very real threat.  The way they spread is human-assisted, meaning they hop on and off trains, cars and other vehicles, meaning they can travel long distances quickly.

Some facts about stink bugs

Biosecurity New Zealand is on high alert to stop this destructive bug from entering our shores.   It is the hibernating that present the greatest risk as they can hide in vehicles, shipping containers and even online footwear purchases.

Stink bugs have been known to hide in vehicle door panels and right within car seats where it is hard to spot them.

With New Zealand crop sizes being relatively small there tends to be a mixed cropping system, similar to Italy.  A mixed crop system is where you see different fruits growing closely together, making it easy for insects to move around and feed on their preferred fruit.

So, what is being done to stop the bugs?

New Zealand Plant & Food Research scientist, Max Suckling, spent Italy’s summer working on new traps and biological controls so that if the stink bug does reach New Zealand, we will have ways of detecting and trapping them.

Dr Suckling and his team have had success with a pheromone trap which is catching stink bugs in much higher numbers than more traditional bug traps.   Nets can also help but this is not an option for all crops.

How can you help?

MPI (Ministry for Primary Industries) is urging people to be vigilance and report any possible sightings using the hotline on 0800 80 99 66. 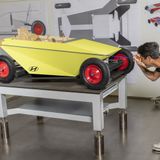 Build your own Hyundai at Home with your Kids!
Posted on 16th September 2020
Wondering what to do with the kids during the school holidays?  Hyundai might have the perfect answer!  They’ve developed a build-it-yourself push go-cart with free plans for any parent wishing to tackle this project with their child/children (Dads- you have to share). Hyundai got the idea in the early days of Covid19 when families all over the world were spending more time together at home.  They saw it as an opportunity for kids to continue learning and for families to connect.
Read more 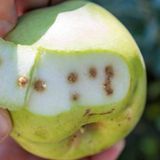 Stink Bug High Season is Here!
Posted on 24th August 2020
At times, unwanted travellers come in on imported vehicles and vehicle parts. The Ministry for Primary Industries (MPI) are currently working a list of requirements to prevent the brown marmorated stink bug from entering New Zealand shores.  Vehicles parts and machinery are considered ‘risk goods’, especially when coming in from high-risk countries (landing in New Zealand and Australia) between 1 September 2020 until 30 April 2021.
Read more 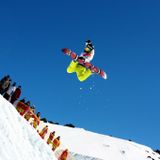 Australian Tourist Hotspots (which aren’t ‘Sydney or Melbourne)
Posted on 21st July 2020
Remember that Australian tourism tv advert a few years back – “So, where the bloody hell are ya”?  Well, where everyone is, is at home thanks to a worldwide pandemic. Australia, like most other countries, is forgetting about overseas travel and looking to rediscover what wonderful attractions can be found at home. Here are some hotspots which aren’t Sydney or Melbourne and will welcome you with open arms to help generate a stable economy.
Read more 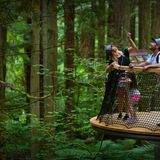 New Zealand School Holidays Adventures
Posted on 1st July 2020
With school holidays about to start, we've collated a list of ideas that doesn't involve skiing but can help boost local business and give you some options if you’re planning to get away.
Read more