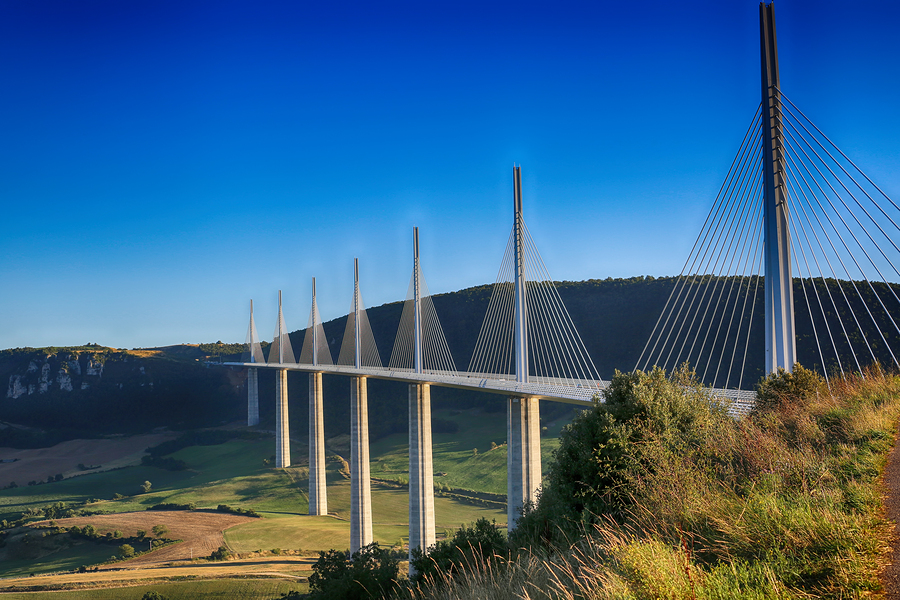 Bridges, viaducts and tunnels are among the greatest technological achievements of mankind. Most of them presented engineers of the time with technical challenges, but the benefits of having those structures built usually far outweighed the difficulties they encountered as it brought whole communities out of isolation as well as laying the foundations of our modern economies. A bridge could cut journey time by days, therefore speeding up the transport of goods and people.

As materials and techniques improved, there seemed to be no limit to what architects and engineers tackled. Yet, some of those bridges are plain crazy!

Although it was built on the cheap in 1929, this bridge is still standing and was the highest suspension bridge until the beginning of the 21st century. Dangling 290 meters (956 ft) above the Arkansas River, it has been a prime spot for unauthorised bungee jumping and parachuting. As one would expect, it isn’t the ideal place to engage in these activities, as one individual found out in 2003 when attempting to fly over the bridge but crashed into a pylon, dying instantly.

Originally a train bridge, this rickety, rusty, derelict track has been converted into a vehicle bridge across one of the Lena River’s busiest tributaries. At 1.8 meter wide (6 ft) it is barely large enough for a car, and if that wasn’t bad enough, it is covered in slick ice most of the year. It is considered so dangerous, and crossing it such an achievement, that the 34 people who did it have created their own Facebook page!

Bamboo bridges don’t sound too bad, do they? Well, that depends on how much footfall it is expected to cope with. How about hundreds of people at any one time? And some vehicles laden with chickens and all sorts of things?

Located in Kampong Cham, in the eastern part of Cambodia, the Bamboo Bridge is the main transport link to a nearby island during the dry season, and as such is heavily used. Even more mind-boggling is that it doesn’t survive the rains and has to be rebuilt every year!

If you are just looking at numbers, this bridge isn’t terribly impressive, as it ‘only’ runs 33.5 metres (110 ft) over Moore Creek Gorge. So why did it make it in our list of scariest bridges? It is also on an active fault line. As a result, it was built with only one side anchored so that it could move freely during an earthquake and not break. Undoubtedly little comfort if you are actually crossing it while it happens!

Although it won’t be for much longer, the Si Du River Bridge is currently the highest bridge in the world. It basically connects the tops of two mountains across a 500-meter (1,600 ft) high canyon. The distance between the two peaks was so long that the team that built it had to use a rocket to launch the first pilot line across the gap.

It will be soon stripped of its record by another bridge in China the Beipanjiang Bridge, due to be completed in 2016/2017 in southwestern China, soaring at 565 meter (1,854 ft) above a river.

Barely above the tumultuous waters of the Hunza River, this pedestrian bridge will make you rethink what you consider a stressful commute… A typical jungle bridge, it sways wildly as soon as someone sets a foot down, and one can never be sure that the twigs, planks and rope it is made of will hold long enough for them to make it to the other side!

Locally nicknamed the ‘Big Mac’, this bridge is in a class of its own: some drivers are so terrified of it that the bridge Authority offers a driving service – i.e. they will drive you over the bridge. The reason for this unusual set-up? The bridge can swing over 12 meters (35 ft) in in high winds or bad weather.

This bridge is a one-way path on Costa Rica’s Pacific coast. Poorly maintained, it is barely wide enough for a car, yet is considered fit for vehicular traffic. Whatever you do, don’t look down. In a darkly funny way, the river beneath is a popular hangout spot for the local alligators. They are not quite waiting with their mouths open, but it certainly feels as though they know that their next meal will come from that bridge!

This aptly named bridge is pedestrian, and the Chinese had the strangest idea when they built it. No, the fact that it is 180 metres (600 ft) above the valley isn’t scary enough, so they decided to build it out of plexiglass so that you have a better view of how insanely high you actually are. So crossing it feels like you are not walking on anything and are about to plummet every step you take. And to add to this petrifying experience, the bridge also sways with the wind!

Trust the French to do terrifying with style! The viaduct runs over 2 kilometres (1.5 miles) across the gorge of the River Tarn. Despite its massive size, its cable, masted structure looks delicate and it has several records to its name: highest pylons in the world, highest road bridge deck in Europe and tallest structure in France ahead of the Eiffel Tower.

If this article has inspired you to visit those places and see for yourself whether they are as scary as they sound, talk to McCullough to transport your vehicle. We have over two decades’ experience in international shipping and strong relationships with port authorities which ensure that importing or exporting your car will run smoothly. If you would like to know more, contact us on +64 9 303 0075, via our contact form or request a quote online. 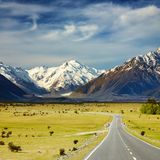 New Zealand’s Great Road Trips
Posted on 14th February 2015
New Zealand’s Great Road Trips Australia seems purpose-built for road trips – long, open roads hugging stunning coastlines, desolate deserts, lush rainforest, and soaring mountain ranges. And that’s why the classic Aussie panel vans, campers and powerful saloons have all become such collectible vehicles – even for people wanting to bring them across the Tasman to make the most of our own countryside.
Read more