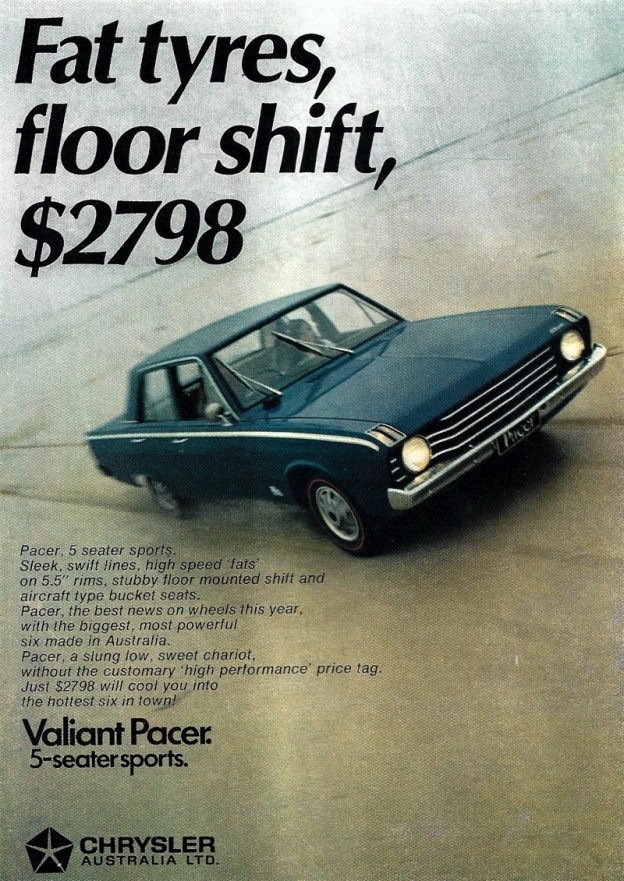 When a car comes in three colours called Wild Blue, Wild Red and Wild Yellow, it’s more than likely being aimed at the end of the market concerned with one thing: speed.

The Chrysler Valiant Pacer was released into the Aussie market midway through 1969 and enjoyed a year out on its own before the iconic Charger hit the roads in 1970.

But during its VF Pacer 225 incarnation from 1969-1970 and its VG version which lasted from 1970-1973 it charmed its way into the Aussie sensibilities giving the Holdens and Fords a run for their money and cornering a pretty decent piece of the market.

Having muscled into the early 70s Aussie style scene, the Pacer is still a good option if you want to stand out from the crowd and easily sourced in Australia to be privately imported into New Zealand.

So what made the VF Pacer so attractive? Three words, speed, style and price.

The 225 “slant” six-cylinder engine and three-speed manual gearbox may not have had the V8 of a Falcon GT or GTS Monaro but with a top speed of nearly 180kmh and 0-60 in around 9.1 seconds, it didn’t live in its big brothers’ dust.

And when it would roll off the dealer’s forecourt for $2798 (a saving of $400 on the Monaro and more than $1400 less than the Falcon) you can see why it swiftly became a favourite for boy racers.

Some of them even opted for the $55 extra for disc brakes which gave a far superior ride than the standard drum brakes when searching for the Pacer’s extreme performance.

The initial 1969 advertising described the VF Pacer as “the best news on wheels this year… a slung low, sweet chariot, without the customary ‘high performance’ price tag” and pointedly pushed the $2798 price-tag as being able to “cool you into the hottest six in town!”

And while the interior may have suffered from the accountant’s cost-cutting (high-back bucket sets and black-on-white instrument dials aside), the exterior styling still stands the test of time thanks to a red-and-black grille, fake-mag wheel hub caps, racing-style body striping and “Pacer 225” decals.

The 1970 VG Pacer offered a two-door coupe and more powerful E31 and E34 versions and the 1972 VH Pacer stepped up another gear to a 265 engine which set a record as the fastest mass-produced, six-cylinder, four-door sedan with a top speed of 185kmh.

Chrysler made 52,944 VF Pacers and they’ve become a great collector’s and racer’s car. If you’re looking at sourcing one in Australia and need information on how to import them into New Zealand, contact Cars2NZ.com here or call +64 9 303 0075. 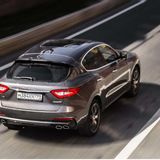