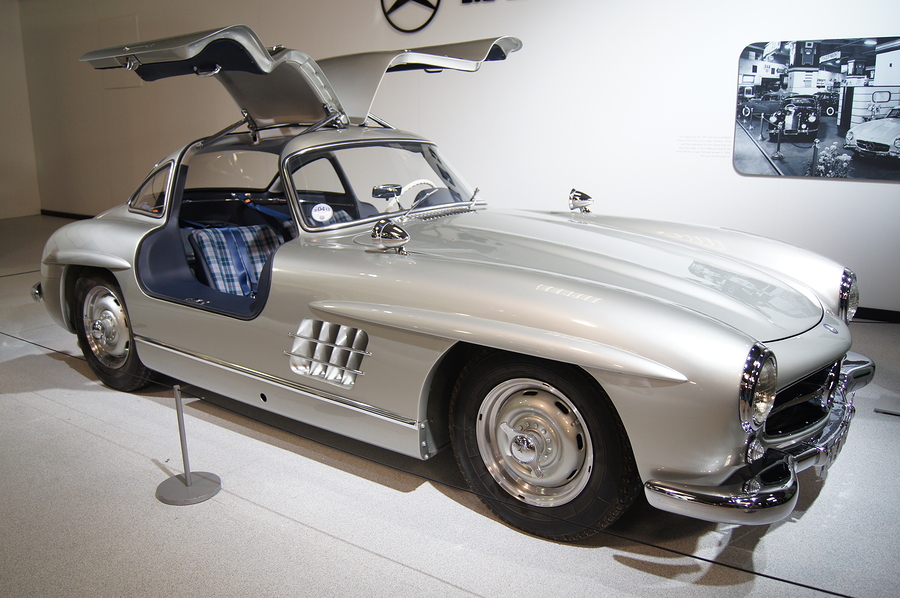 We, Kiwis, always feel a bit sorry for our Aussie cousins. Yes, Australia is home to spectacular scenery, but it’s just not New Zealand! Yet, there is now a case for feeling positively jealous of them: the Gosford Classic Car Museum, located an hour north of Sydney, which opened its door on May 28, 2016 and revealed an absolutely astonishing collection of over 400 classic cars worth $70 million of the most sought-after vehicles in the world.

Located in the former Bunnings building, the museum is owned by Tony Denny who made his fortune building a network of used-cars sales, AAA Automotive, in Europe. After selling his share in the businesses, he moved back home and took advantage of his new-found freedom to buy the Bunnings warehouse and transform it into a museum to display his own collection of classic cars, to the tune of a $3-million renovation.

What is particularly amazing about this collection is that most of them were bought in Australia, with a few exceptions purchased in Russia and Eastern Europe, and most of them come with amazing backstories.

The collection includes, for example, the legendary Aussie Invader III, which was piloted by the no-less legendary Roscoe McGlashan during his attempt to beat the Australian land speed record in 1996.

McGlashan had purchased the original Aussie Invader, a jet-powered dragster, in the early 1980s, with a view to challenge the Australian land speed record. However, after thorough testing, the Aussie Invader was found to be unsuitable for speeds over 500km/h (300mph).

Wanting more power, Rosco started working on Aussie Invader III, which was built specifically for subsonic speed. With its aerodynamic Kevlar-composite body on which the Australian flag was painted, it was certainly quite a magnificent beast with a potential maximum speed of 1,300 km/h (807 mph). It indeed recorded a peak speed of 1,028 km/ (638 mph) when McGlashan attempted a new record, the fastest land speed ever, but for technical reasons, it couldn’t be officially registered.

LaFerrari is another highly desirable car you can see at that museum. Only 499 of those hybrid sports cars were built, going each for over US $1 million (NZ $1.5 million).

Another iconic car on display is the 1955 Mercedes-Benz 300SL. Its original iteration, the Mercedes-Benz 300SL, was launched in 1954 as a two-seat coupé with gull-wing doors. Built on the highly successful overhead cam straight 6, the car was an immediate success, and it wasn’t long before Mercedes-Benz started thinking about creating a more subdued Grand Prix car to cater for the post-war affluent American clientele. Thus was born the Mercedes-Benz 300SL – SL standing for Sport Leicht (Sport Light in German).

Nowadays, the 300SL is one of the most sought-after Mercedes-Benz collectible cars, with prices ranging from US $1 to 2.5 million (NZ $1.5 to 3.5 million), and Sports Car International magazine ranked it the fifth most desirable sports car of all times.

To car enthusiasts, the 1963 Chevrolet Corvette Stingray is almost a sacred relic, and a fine example is on display at the Gosford Museum. While Corvettes had been produced since 1953, many aficionados will tell you that it wasn’t until the Stingray was launched that they truly became the stuff of legend. With its V8s, futuristic design and red line tires, it epitomises the golden age of car history in America, combining aesthetics with superior handling and power.

Because the Stingray was only produced from 1963 to 1967, it is a rare model which will certainly draw crowds.

A subsidiary of Ford Motor in the US, the Ford Motor Company of Australia was founded in 1925 and is one of the companies that embodies Australia’s love affair with manufacturing their own cars. It gained a reputation as a manufacturer of large muscle cars and proved to be a serious competitor with the best American muscle car producers. Sadly, Ford Motor is to close its door on 2017, but it left us an iconic car, the Falcon GT-HO Phase III which you can admire at the Gosford Museum.

The Falcon GT is inextricably linked to Australian motor-racing. The original model was introduced as a variant of the Falcon XR series in 1967, with GT-HO -Handling Option- versions which were basically Falcons modified for motor-racing.

The Falcon GT-HO Phase III was, as you may expect it, an improvement on two other models driven in races. Built in 1971, it proved to be a success as it afforded Allan Moffat a victory in the 1971 Bathurst Enduro. Its other claim to fame is that it remained the fastest 4-door sedan in the world for 19 years when it was dethroned by the Lotus Carlton in 1990.

Public opinion, however, was very much against the prospect of those modified high-speed road cars being let loose on the streets and Ford eventually had to give up the planned production of the Phase IV model.

Another gem in this collection is the Holden Special Vehicles (HSV) W427. Founded in 1987, Australian carmaker Holden modifies standard- and long- wheelbase vehicles such as Commodores and Caprices. The HSV W427 was a limited-edition car based on the E Series, which was manufactured in 2008 to celebrate Holden's 20th anniversary.

These are but a few of the cars that you can admire at the Gosford Museum so next time you go to Sydney, make sure you include a trip there; it is definitely worth a good few hours.