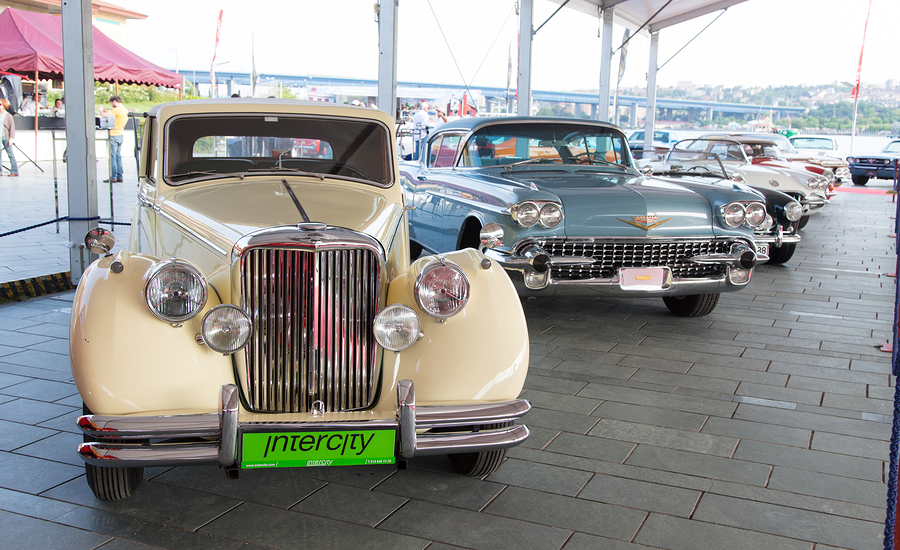 If anything else, we should be praised for our bravery to tackle a topic which, undoubtedly, will raise passionate arguments! Yes, we agree, what makes a classic car show the best will partly depend on the era or make of cars you are in love with, but nevertheless, some of them stand out by the range of cars they exhibit, their history and their worldwide appeal.

So to the risk of being bombarded with rotten tomatoes, we proudly present what we think of as the best classic car shows!

Dating back to the 17th century, concours d’élegance, which means “competition of elegance”, was a French tradition whereby aristocrats paraded in the latest horse-drawn carriages to demonstrate how fashionable and wealthy they were, and tried to outdo one another.

Nowadays, although horses have disappeared, those gatherings have become a competition among car owners to display their prized classic automobiles. Lovingly restored to the condition they would have been in when they left the production line, those cars are not usually driven or meant to be used on the road, and they are actually rarely seen outside of museums or private events. Even throughout the exhibition, they are constantly being pampered, cleaned and wiped to remove any dirt so as to always present a flawless appearance.

The restoration process itself follows strict rules. Modifications are not allowed unless they are original, and the components used must be appropriate for the car model and its manufacturing year. A component produced for a similar model but of another unsuitable production year would, for example, be forbidden.

Likewise, only original accessories from the manufacturer’s own range can be used to refurbish the car, although some competitions will show some flexibility and allow fitting of equipment and accessories that are not original but still of the right period.

Despite those stringent criteria and the fact that the cars must be immaculate at all times during the show, the emphasis is not so much about restoring them to a pristine condition as it is about originality.

First hosted in 1950 as an addition to the first Pebble Beach Road Race, it quickly earned its place as an event in its own right. That year, about 30 cars were exhibited in 3 classes: pre-war, post-war and MG automobiles. Nowadays, it is still open to pre-war and post-war classic cars, which are arranged by marques, country of origin and time period, and are judged on their authenticity, history and style.

In addition to first-, second- and third-place awards, judges have a number of awards and trophies they can dispense: the “Best of Show” is chosen from the first-place winners through a secret ballot; Special Awards such as the J.B. & Dorothy Nethercutt Most Elegant Closed Car Award or the Gwenn Graham Most Elegant Convertible; the Chairman’s Trophy or the Classic Car Club of America Trophy, all to mark outstanding automobiles.

Taking place in Jakarta, this annual event, formerly called Gaikindo Auto Expo, is organised by The Association of Indonesian Automotive Industries and has been enjoying continuous growth since its launch. While its main purpose is to promote the success and innovative spirit of Indonesia’s car industry, it also displays foreign classic cars.

Nominated by the prestigious International Historic Motoring Awards, this classic car show brings remarkable, rare and valuable automobiles and motorcycles from around the world to the admiring gaze of some 20,000 visitors.

Held over 3 days, this event sees cars competing in a variety of classes for the sought-after ‘‘Best in Show’’ award, as well as a range of other events such as the Tour Classica, where the competitors drive their cars to the exhibition venue through the streets of Melbourne, giving everybody a change to enjoy those beauties.

It also focuses on anniversaries and in its next occurrence, in October 2014, it will mark the centenary of Maserati and Mustang, and will celebrate “50 Years of Speed”, the 50th anniversary of Donald Campbell breaking the land speed record at Lake Eyre, Australia, in the Bluebird CN7 in 1964.

In addition, it hosts an auction in partnership with Theodore Bruce Auctions. Among the prestigious cars for sale at the 2014 Motorclassica is a Bentley R-Type Continental which is often considered one of the most elegant luxury cars that was ever built and can boast of being the fastest four-seater car of its time.

Other headlines of the auction include a very rare right-hand drive 1956 BMW 503, a 1947 Chrysler Town & Country Woody convertible, a 1956 Porsche 356 Speedster and a Victor motorcycle and sidecar, to name but a few.

Tempted by an early Christmas present to yourself? You can find full details on the Theodore Bruce Auctions’ website.

If you are into classic racing cars, then Silverstone Classic Car Show is a must-see. Celebrating its 25 years’ anniversary in 2015, this convention focuses on historic motor sports and is revered as a pioneer in that it has inspired many other similar events since its creation and can be credited for this revival. In 2013, it even won the ‘Motorsport Event of the Year Award’ from the International Historic Motoring Awards (IHMA).

Rather unusual as far as car shows are concerned, it is a 3-day extravaganza of activities, from races, live music concerts, aerial demonstrations, taster sessions and even massages! This array of options perhaps partially explains its phenomenal success, as the whole family can find something to do and enjoy.

In 2014, it displayed some 9,000 cars and attracted about 94,000 visitors. It claims to be the “world’s biggest car show”, and whether this is true or not, it is certain that with the number of cars on display, you are bound to find something to capture your imagination.

Held every autumn in Birmingham, this show is one of the most popular in the U.K.

The Footman James Classic Motor Show doesn’t specialise in a specific era and exhibits a dazzling selection of over a thousand vintage automobiles from the 1920s to historic racing cars and American muscle cars, metamorphosing unprepossessing Birmingham into a glamourous city worthy of the Italian Riviera. And indeed, as you admiring flamboyant Alfa Romeos, Ferraris and Porsches, you might well think that you have been transported to a different place.

Although the cars are undeniably the main attraction, a multitude of other exhibitions will keep you busy, such as the Classic Restoration Competition launched in 2013, featuring classic cars restored to high standards, a trading place for classic car spare parts, shows on a live stage, a 2-day auction event, workshop on car restoration techniques, car club exhibitions, and vintage motorbikes exhibitions.

For a bit of nostalgia, Paris hosts the annual Retromobile, considered to be one of Europe’s best classic car shows.

Established 40 years ago and lasting 5 days, this show specialises in cars and motorcyles from the 20s and 30s, although it recently introduced a “youngtimer” section for cars from the 70s and the 80s. It gathers automobile clubs, exhibitors and car lovers – over 100,000 visitors are expected in 2015 – and hosts an auction too.

Over the recent years, it has featured unique vehicles with fascinating stories, such as the Isotta Fraschini, a Swan Car which used to belong to the Maharajah of Nabha. From Italy to India, Scotland and France, the Maharajah became the owner this car at the age of 14 in 1929 and his son, Muzzafar Ali, a famous Bollywood film director kept it until 1972 when it was sold to Peter Grant, manager of Led Zeppelin. Not your everyday car!

Although this car show isn’t the biggest, it stands out by the quality of the vehicles it exhibits so is well worth taking a week off. Paris isn’t too shabby either!

This shortlist of events is, naturally, arbitrary, as there are so many other noteworthy car shows throughout the year. But if you are a classic car lover, those are well worth sitting on a plane for. And who knows, you might well succumb to temptation and buy one of those exotic beauties yourself!

If this is the case, and you need to repatriate your new-found love to New Zealand, talk to us. You don’t want to leave it at the mercy of any grubby mitt, do you?! McCullough are experts in transporting collectible cars and we will treat your car with all the care it deserves.

We always love to hear from you, so drop us a line and tell us about your top car shows, those you have visited or dream of going to. 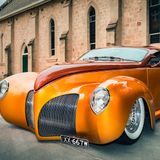 Vehicle Shows Not to Be Missed in 2019
Posted on 15th November 2018
You are probably very busy with Christmas preparations so we thought we would help you sort out your social calendar for 2019 with interesting shows to go to throughout the year. Vintage cars, bikes, Hot Rods and planes, you name it, there is a show for it.
Read more 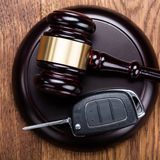 How to Buy a Car at Auction
Posted on 15th November 2017
Buying a car at an auction can save you money - or cost you a lot! Read our article to find out how to prepare to make the most of it.
Read more